Each year, OCALICON features keynote speakers whose research and real life experiences reaffirm our work, challenge our conventions, and inspire us to think differently about what is possible. These internationally recognized leaders help jump start our hearts and minds with thought-provoking, intriguing, and stimulating content.

OCALICONLINE 2022 will feature an all-star panel discussion, featuring Temple Grandin, Judy Heumann, and Haben Girma. Each of them are trailblazers, advocates, authors, and world-changers in their own right and we are bringing them together for one conversation for the first time ever.

Haben Girma, the first Deafblind person to graduate from Harvard Law School, is a human rights lawyer advancing disability justice. President Obama named her a White House Champion of Change. She received the Helen Keller Achievement Award, a spot on the Forbes "30 Under 30" list, and TIME100 Talks. President Bill Clinton, Prime Minister Justin Trudeau, and Chancellor Angela Merkel have all honored Haben. Haben believes disability is an opportunity for innovation, and she teaches organizations the importance of choosing inclusion. The New York Times, Oprah Magazine, and TODAY Show featured her memoir, Haben: The Deafblind Woman Who Conquered Harvard Law. 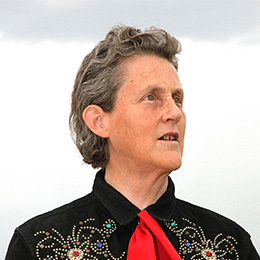 Temple Grandin is a professor of animal science at Colorado State University. Companies around the world use facilities she has designed for handling livestock. She has also been instrumental in implementing animal welfare auditing programs that are used by McDonald's, Wendy’s, Whole Foods, and other corporations. Temple has appeared on numerous TV shows such as 20/20 and Larry King Live. Her books include: Thinking in Pictures, Livestock Handling and Transport and The Autistic Brain. Her book Animals in Translation has been on the New York Times' Bestseller List. Temple was inducted into the National Women’s Hall of Fame in September 2017 and in 2022 was named a Colorado State University Distinguished Professor. 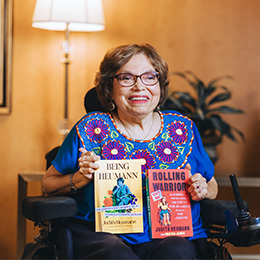 Her memoir, Being Heumann: An Unrepentant Memoir of a Disability Rights Activist, co-authored by Kristen Joiner, was published in 2020. She is also featured in the Oscar-nominated documentary, Crip Camp: A Disability Revolution, directed by James LeBrecht and Nicole Newnham. Judy produces a podcast called The Heumann Perspective, which features a variety of members from the disability community.

Judy serves on a number of non-profit boards, including the American Association of People with Disabilities, the Disability Rights Education and Defense Fund, Humanity and Inclusion, Human Rights Watch, United States International Council on Disability, and Save the Children. She has 20 years of non-profit experience working with various disability organizations, including being a founding member of the Berkeley Center for Independent Living. Prior to starting the Judith Heumann LLC, she served in the Clinton Administration and Obama administrations.